Sit down. Close your eyes and listen to the waves crashing against the rocky shore. Smell the salty air and seaweed as you take that deep breath and relax. Aberystwyth in the summer is calm and unhurried. The students have left for the holidays and with them they have taken their timetables and their deadlines.  The bars on the seafront are empty: there is room to breathe.

From the Glengower hotel you can watch the funicular railway ascend and descend Constitution hill. Opened in 1896, it is the longest funicular cliff railway in Britain. Regarded by the Victorians as a theme park ride, today with its steady pace of four miles an hour it is considered as the leisurely means of reaching the hilltop. As you ascend, Aberystwyth opens below you. The promenade. The town. The fields. The mountains. On a clear day it is said that you can see all 26 peaks of the Cambrian mountains and put simply it is quite beautiful.

Historically a market town Aberystwyth is surrounded by farm land some of which has been converted to caravan sites and campsites. This is indicative not only of how tourism has developed in Aberystwyth but the town’s ability to adapt and move with the times. Now a university town it has grown around a castle which has stood overseeing the area since the Iron Age. It has been fought and governed by Welsh and English kings showing the geographical significance of this site. Surprisingly the castle isn’t on the Wales Online ‘100 Things to Do in Wales Before You Die’ list but you’ll still get your share of history from the challenge of ‘kicking the bar’.

With a town so steeped in history it was highly likely that it would have its own traditions. Although no one can pinpoint the origins of ‘Kick the Bar’ there are many theories. My favourite theory is that back when criminals were hanged, gallows stood at the base of Constitution Hill. The locals believed that the ghosts of all those criminals executed over the years haunted the area and so to ward off evil spirits they would kick the bar at the end of the promenade. The other theories are covered in a great post by Everything Aberystwyth

It’s best to incorporate ‘kick the bar’ into a walk along the length of the promenade. Start at the harbour where you’ll find the lifeboat station. Dependent on your interest you can apply online to tour the station. If not head north towards the castle and around the war memorial. 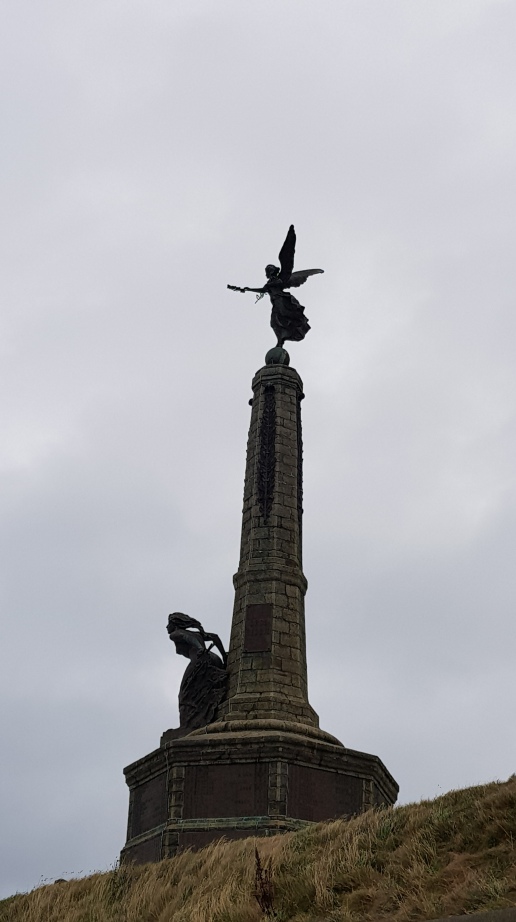 If you look out to sea you may be lucky and spot seals and dolphins both of which are known to swim these waters. The path now heads towards the town and the old college building. This imposing gothic structure was once the main campus for Aberystwyth University but now plans for the building include a museum telling the story of the first University College of Wales and spaces for art exhibitions. As you walk past the pier with its amusement arcades you’ll come across the ice-cream stalls and it would be rude to say no to a 99. If you catch it at the right time, there may even be a performance playing at the band stand.

I expected the ‘bar’ to have flashing lights and a large neon sign pointing to it but sadly no, it’s just a white metal bar that sits on a low concrete wall. Nevertheless, you’re here now so do the inevitable and kick it. Kick it with two feet for extra luck and to protect against the spirits of those criminals. Head back to the Glengower Hotel, find yourself a seat on the prom and enjoy a different type of spirit. 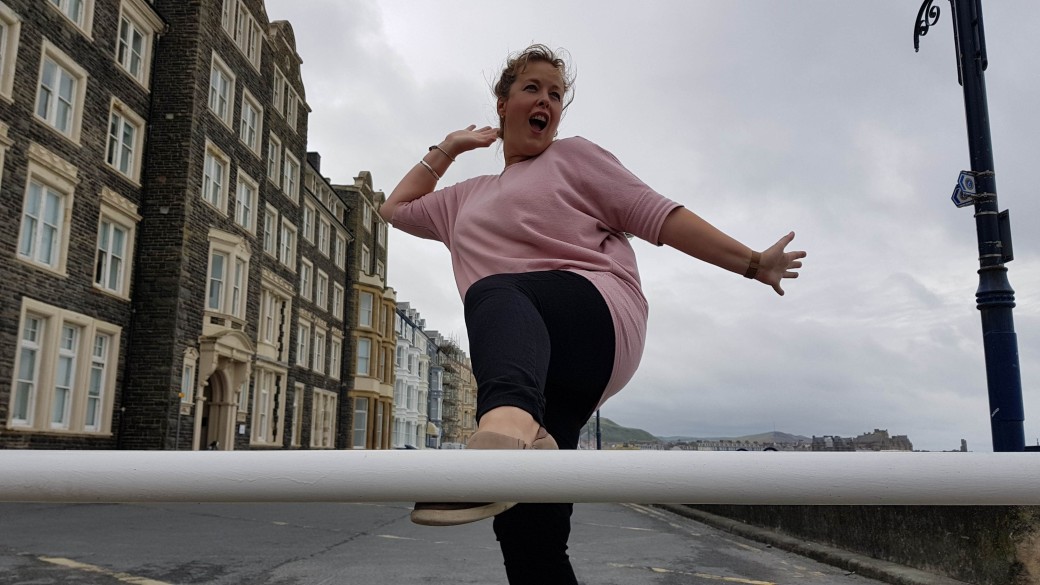 2 thoughts on “Kick the Bar on Aberystwyth Promenade”